Jodhpur is a city in the Thar Desert of the northwest Indian state of Rajasthan. Its 15th-century Mehrangarh Fort is a former palace that’s now a museum, displaying weapons, paintings and elaborate royal palanquins (sedan chairs). Set on on a rocky outcrop, the fort overlooks the walled city, where many buildings are painted the city’s iconic shade of blue.
Northeast of the fort is the Jaswant Thada, a white marble mausoleum in a lakeside setting. On a hilltop to the southeast, the domed, marble Umaid Bhawan Palace is the residence of Jodhpur’s maharaja. It has gardens, a public museum filled with furniture, weapons and china, a display of classic cars and a luxury hotel. The old city, the area around the iconic Ghanta Ghar clock tower, is home to a market where stallholders sell spices, food, clothing and jewelry. The city’s well-known annual Gangaur Festival focuses on women’s rituals. 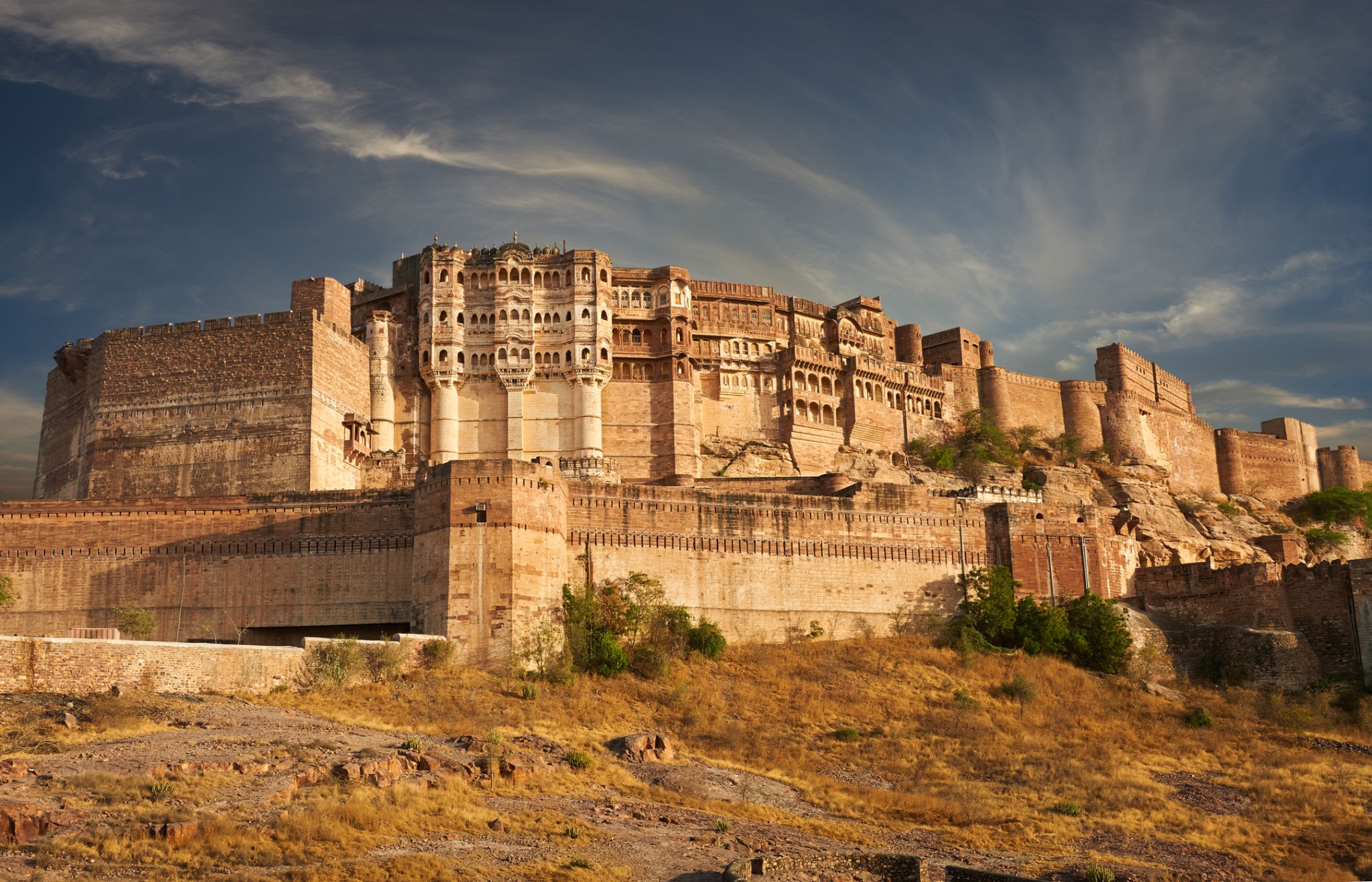 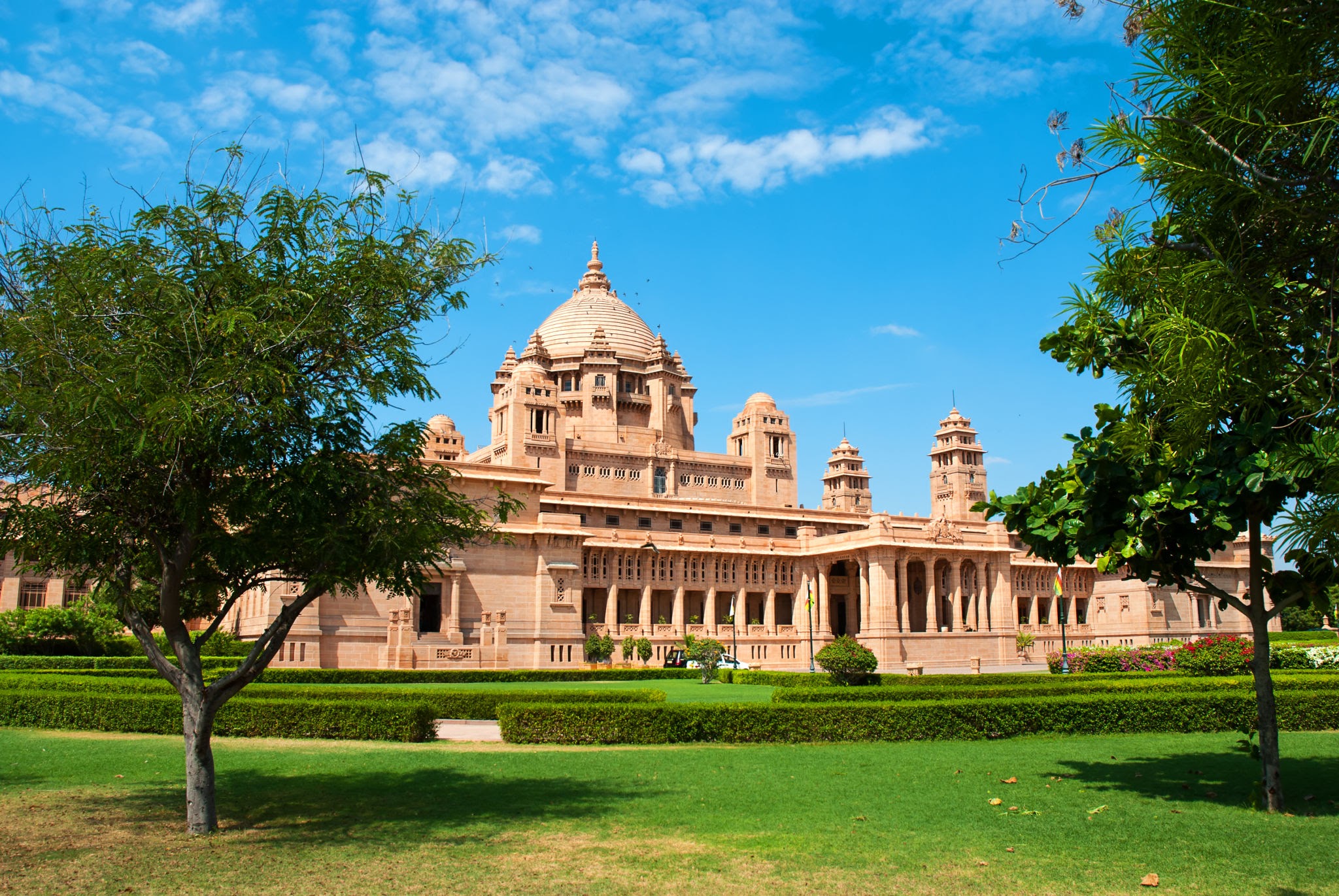 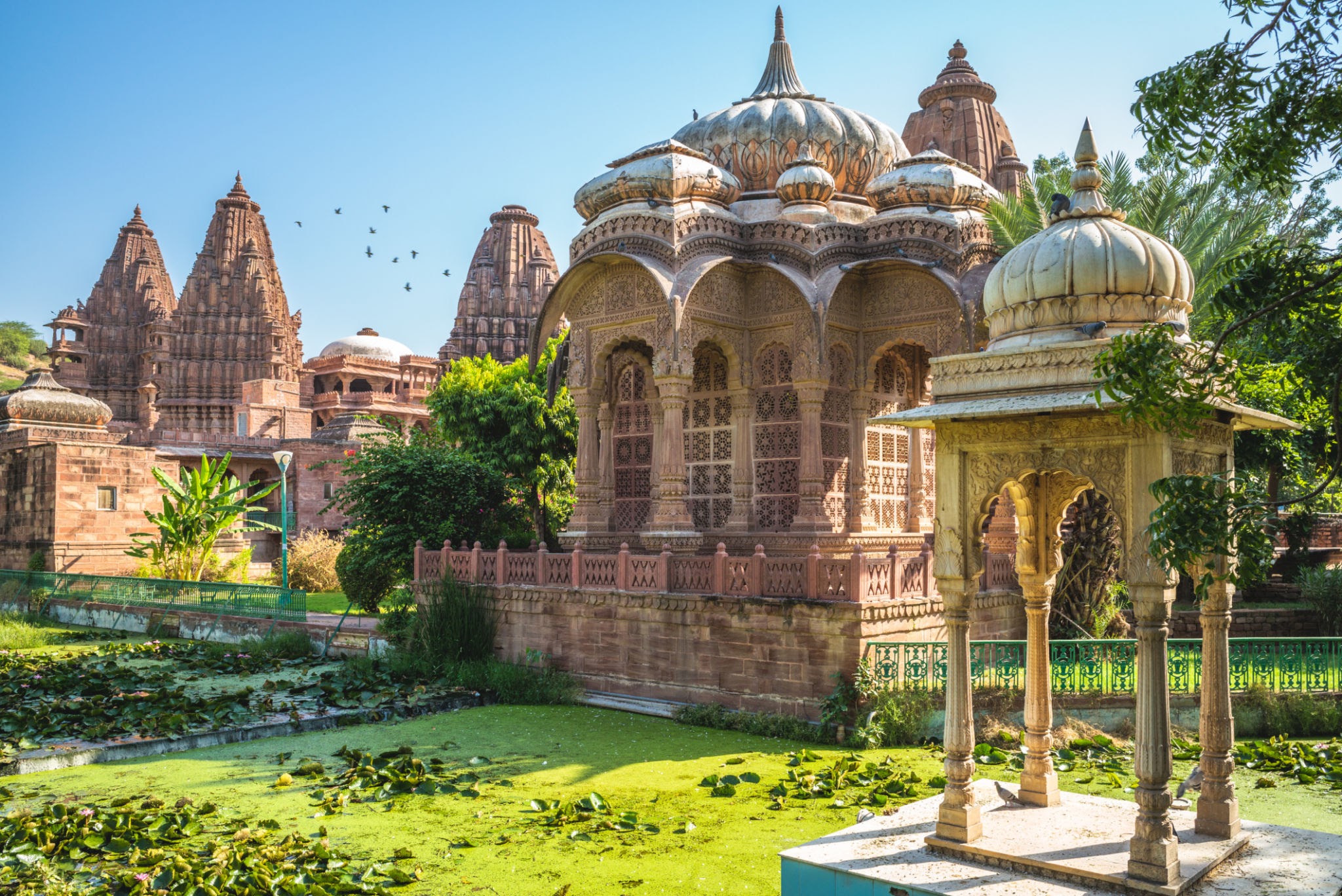