Medina is a city in western Saudi Arabia. In the city center, the vast Al-Masjid an-Nabawi (Prophet’s Mosque) is a major Islamic pilgrimage site. Its striking Green Dome rises above the tombs of the Prophet Muhammad and early Islamic leaders Abu Bakr and Umar. The Masjid al-Qiblatain (Qiblatain Mosque) is known as the site where the Prophet Muhammad received the command to change the direction of prayer to Mecca.
The Masjid Quba (Quba Mosque) is the 3rd of Medina’s holy mosques. Near the Prophet’s Mosque, the Maqbaratul Baqi cemetery is the resting place of many of the Prophet Muhammad’s relatives and early Islamic caliphs. The Hejaz Railway Museum is based in the city’s restored Ottoman-era railway station and commemorates the historic narrow-gauge train line to Damascus. To the north of the city, Mount Uhud is the site of a significant battle in the early history of Islam. Due to the city’s religious importance, non-Muslim travelers are unable to enter many parts of Medina.

Mosque built by the prophet Muhammad 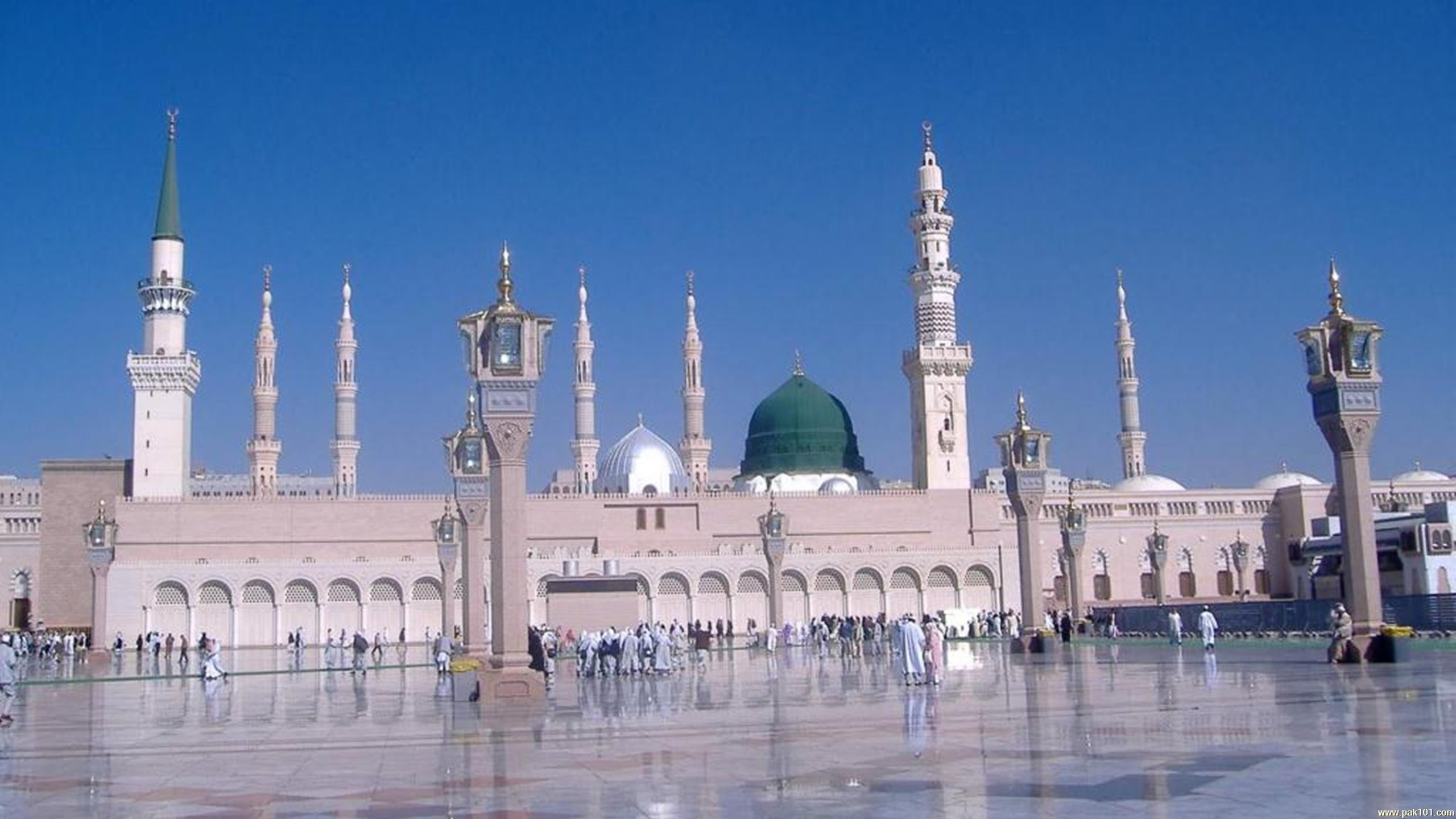 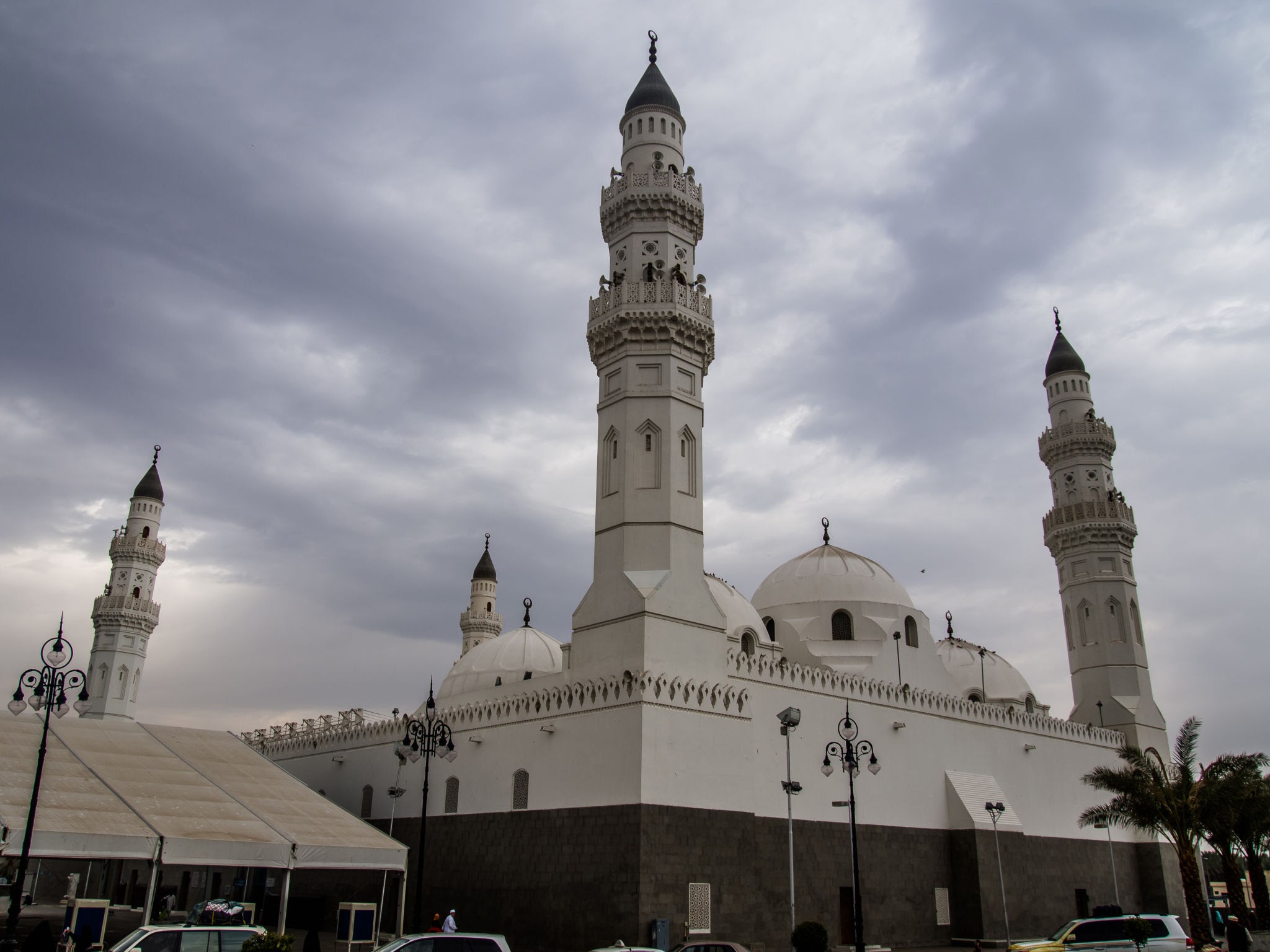 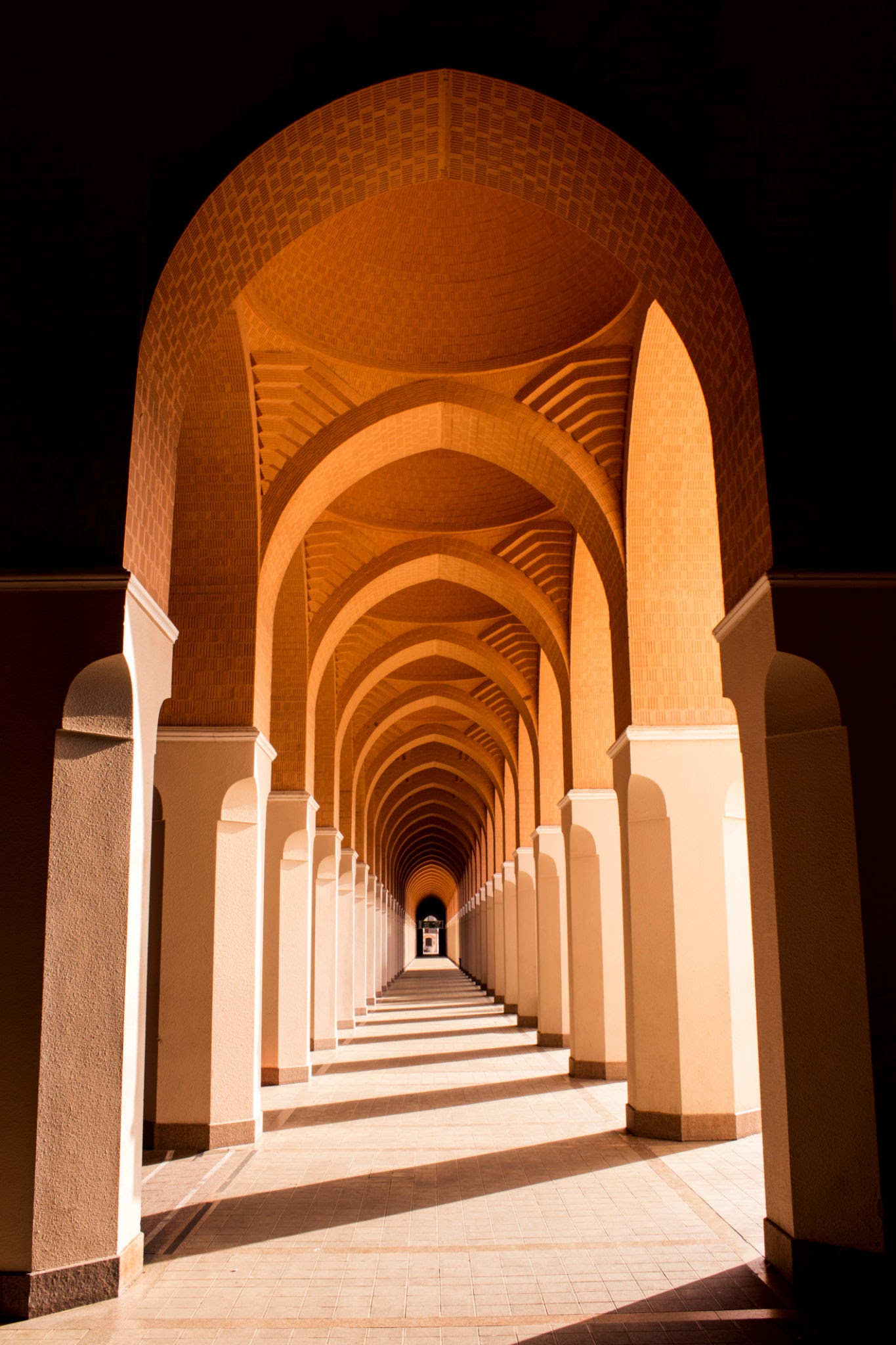 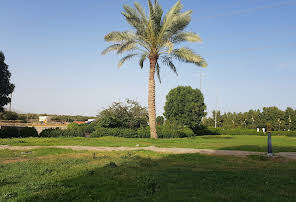